Many people seem to claim the Samsung Galaxy S6 Edge and S6 are the best camera phones currently in the market. Maldives being a colourful destination, I thought of putting a Galaxy S6 Edge to the test. Without any further discussion let’s get to the result. Keep in mind that no effect has been used and all pictures are resized equally and little bit cropped to focus on the object. 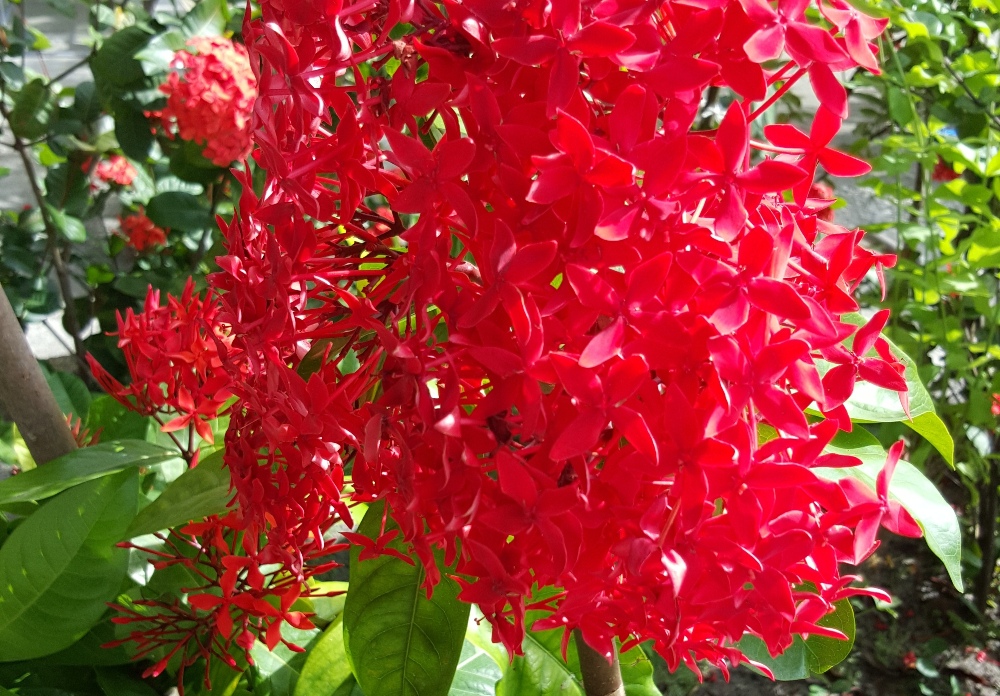 This is a bunch of Red Ixora Flower captured in the mid-day sun, the temperature was 29 degrees. You can see the red colour looks awesome; it is bright and kind of vivid. But the edges are not very much visible. Sun light did not reach equally to all areas of the picture, the inner flowers being a little too dull and the ones shining out of sun light seems too bright. Hence, Samsung Galaxy S6 seems to fail when it gets to balance a bright object next to a darker one. I am not saying the phone’s camera is not good. It is definitely better than most or all of the camera phones currently in the market, but Samsung needs to address this issue to make it perfect. 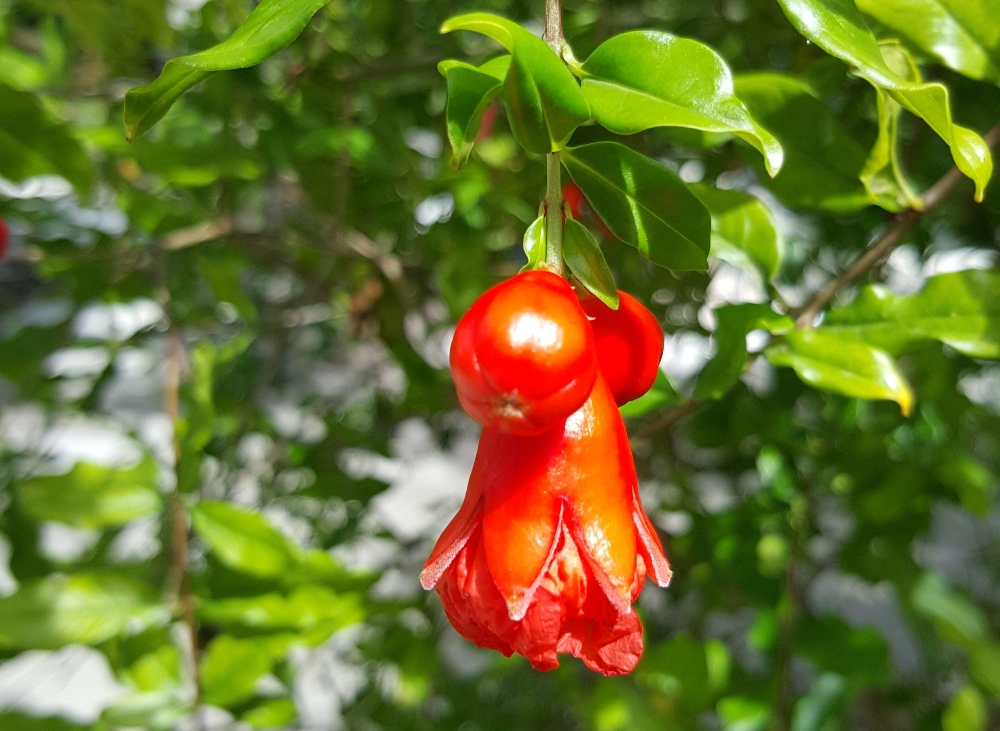 This pomegranate flower looks great. This could be the best picture taken with a Samsung Galaxy S6 Edge so far. Again, the red looks so nice and bright. Unlike the Red Ixora you can see sharper edges of the leave and the flower. The background is blue which means the camera is totally focusing on the primary object. The back part of the flower is also little blur. It seems the best condition for a great picture for Galaxy S6 is when all areas of the primary object has equal distance between the object and phone, that means flat surfaces. Anyway, I am very impressed with this picture. I think it is great and good enough for a camera phone. Otherwise, which other can capture the shot like this? I guess none. 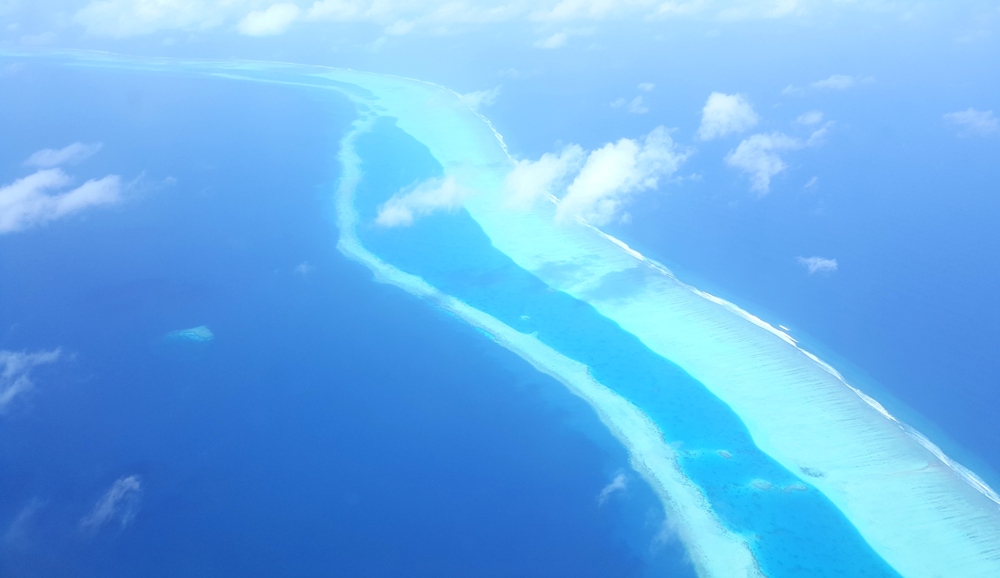 I was flying by the seaplane and tried to capture this amazing view. You can see the whole picture is lacks sharpness. A good DSLR camera would make a big difference. From my experience Samsung Galaxy S6 camera is good for shooting in short range. Scenery pictures like this really tell it is not good enough. I don’t know if that is a problem with the camera’s ability to capture lights or just the lens. Despite being so negative about this picture, compared other phones (my personal experience) I think Samsung Galaxy S6 does a great job. 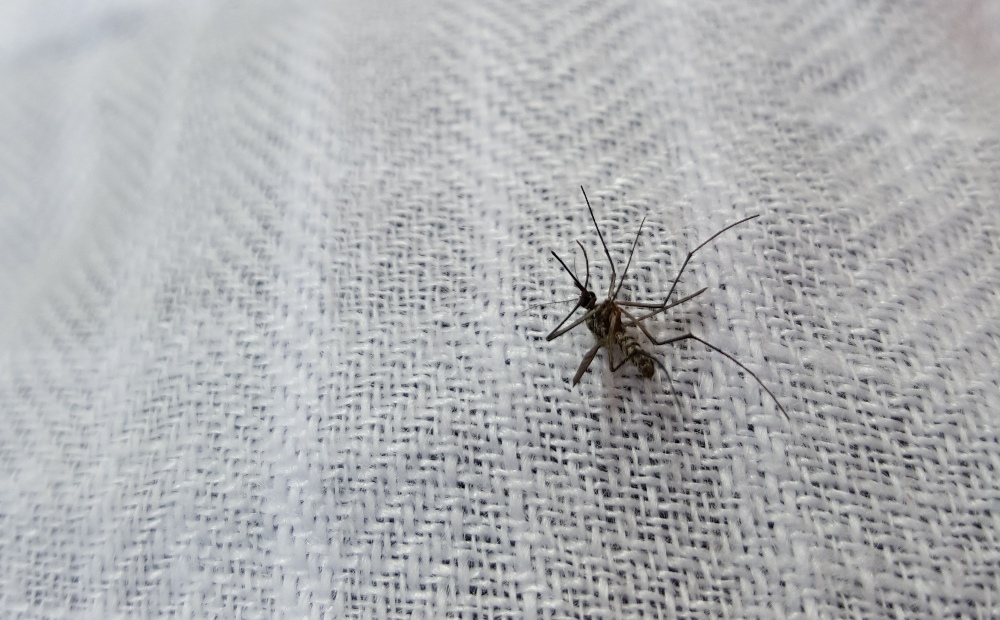 Here goes a mosquito test on the Samsung Galaxy S6 Edge. The picture has been cropped to point on the mosquito, there is no other editing of any sort. The white fabric is actually my shirt. Comparing the shirt and mosquito gives you an idea of how close-up the shot was taken.

Based on all the pictures I would say the Galaxy S6 is not just a great camera phone but the best in market today. I am particularly pleased with its ability to shoot great pictures in short range. A too close-up picture, such the mosquito, is not the best performance of this great camera phone. I think, objects between 5 - 10 feet would be ideal.

Essential gadgets for your Maldives holiday
My Samsung Galaxy S7 almost started a fire, changed my habit.
Tips To Better Photos with your Phone for Instagram