The could-be governor or the present Chief Economist of the Maldives Central Bank says Maldives earns huge amounts of dollars but could not retain within the country and that is the root cause of the dollar crisis in the Maldives. At a forum conducted by Maldives Monetary Authority for the first public release of a business survey Dr.Azeema Adam said the Maldives earns around $2bn an year of which $1.5bn goes out of the country. She said such a high outflow rate would make it difficult to cater the demand. 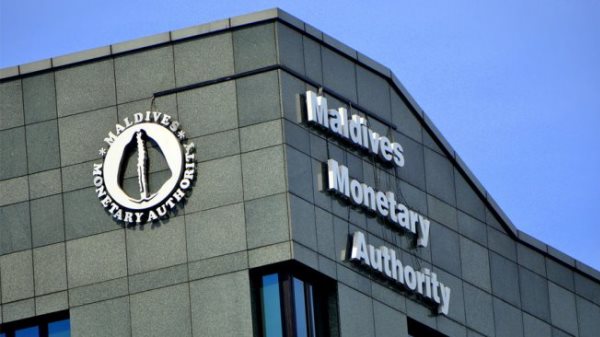 She further pointed the issue of many expatriates working in the Maldives. Everyone one of them takes home a salary in USD and collectively the amount is huge over the year.

Maldivesfinest estimates a staggering $800m per annum for salaries and benefits of 150,000 expatriates working in the Maldives. What about the remaining $700m?

The government budget for 2014, in the revised version of December 10th 2013, the total expenditure estimates to $1.1bn while the revenue stands at $0.98bn, hence a deficit of $120m. While proposing the revised budget the Finance Minister said the projected deficit stands at 2.2% of the GDP which comes to around $57m. It seems more of a tactic to blindfold the public.

Going back to past years, it is evident that budgeted income cannot be achieved. Then again the expenditure would also get cut down in the last quarter.

How could you spend more than what you have? You can’t, it’s impossible. It’s impossible even for the government. So, the Central Bank prints money to cover up the gap. Now there will be around MVR18.87 Rufiyaa waiting to get exchanged for $1.

Any significant change in budget deficit would directly impact the exchange rate. Almost all food, household goods, equipment, raw materials etc. are imported, all these are bought for dollars.

Expatriates have nothing to do with dollar rates

I have heard a lot of people talking about expatriates in regard to dollar rates and it is true that they are pumping a lot of dollars out of country. Lets have a look at it.

1. A barman working at resort earns a salary of $700 including service charge. His accommodation and food are provided by the resort for free. He buys some cosmetics and phone cards, and sends home $500 a month. You think the dollar rate would be affected by this? I dont think so.

Guests pay to the resort who then pay to staff. Guests paid dollars and barman sent home dollars. At no point the money was exchanged for Rufiyaa. So, why would it affect exchange rate? It would not.

But, the government would be quite pissed off at him. Because, if he got salary in Rufiyaa he would go to exchange to dollar. When he exchanges, he would have to pay MVR17 (actual value of dollar) and MVR1.87 of the government's budget deficit, for every dollar he buys. About 20,000 expatriates works in tourism industry and they pay for budget deficit. Now their portion of deficit will have to be paid by others, both fellow expatriates and locals who earn Rufiyaa as income.

2. Lets say the barman got Salary and Service Charge in Rufiyaa. He goes to bank or buys dollars from black market. Sends home $500 a month. This too would not affect exchange rate. Because the guests paid dollars which the resort exchanged in the bank. That dollar is still there in the economy and the barman goes to receive that dollar. If the resort exchanged their dollar in black market it would impact exchange, to the degree of variation in exchange rates.

3. An expatriate waiter working at a local restaurant earns MVR5000. He goes to black-market and gets $294. He sends $200 home and $94 for his personal expenses. Would this affect dollar exchange rate? I dont think so.

Now, I takeover the same job as waiter in the same restaurant. I get MVR5000 of which I spend MVR1600 for my personal expenses. Balance MVR3400 I give to my family. My wife spends this money to buy food, pay rent, utility bills, school fees. The shopkeeper bought that food from India for dollar. Utility company spends dollar to buy diesel for generators. Landlord spend that money for his living which gets spent just like me. School use that money to pay bills and salaries which also gets converted to dollars at the end. Everything I spent, at some point, got exchanged for dollar.

What is the difference? End of the month, I he spent all his money and I spent all mine. Both got exchanged to dollars and went out of the economy. He spent whole amount in 1 day. I spent gradually over the month.