BLOG: Maldivians were not internet savvy at that time. For many students who go abroad it is their first international trip. Before you go you have no idea about the place, especially the kind of food in town. Maldivians are used for tuna and rice since childhood and that’s their favourite. So, Maldivians always take some food with them when they go abroad to stay. Common items they put in baggage include dried fish, tuna cans, chili, breadfruit chips, rihaakuru etc. 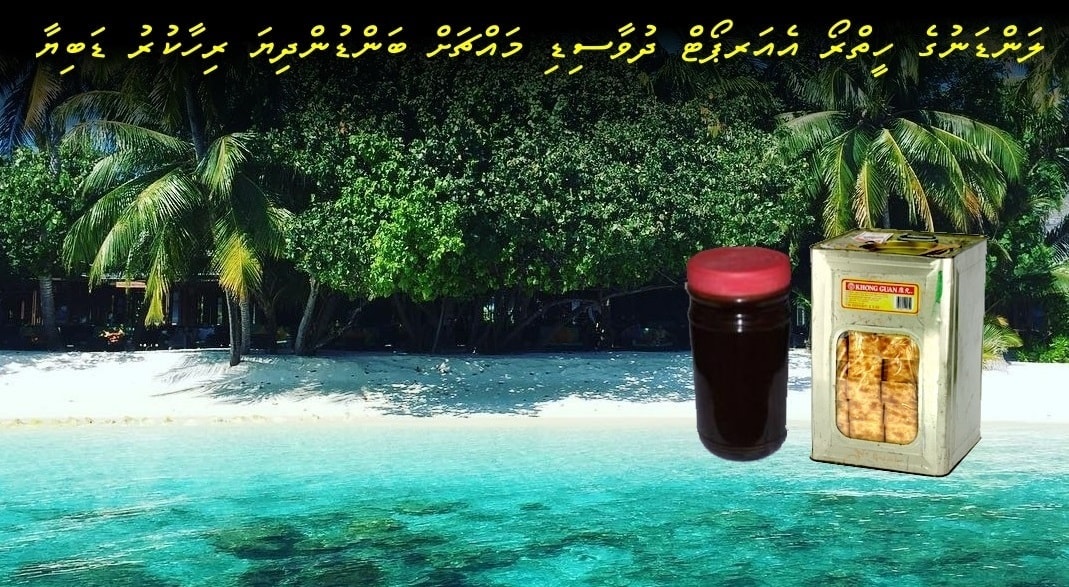 Rihaakuru is a thick liquid extract of fish. This black source gives fish taste that is several times stronger than fish itself. When you overcook fish soup to evaporate all water out the remaining is basically rihaakuru.

In late 90s a friend who went UK carried a biscuit tin full of rihaakuru, locally we call rihaakuru dabiyaa. He was staying there for some years, so with him he took enough of his favourite local foods.

Landing at Heathrow airport in London was an exciting moment to my friend, being it his first international trip he was nervous too and it was a big airport. He followed other passengers as he passed through the airport. He was carrying that rihaakuru tin which he checked-in as hang luggage. Carrying a tin of that size by hand is not easy in an airport. The easiest way is to put the lid facing a side.

At some point my friend was on an escalator. As he was coming down the lid fell off and and rihaakuru spilled all over the escalator. Among the rihaakru were some fish balls that rolled down some steps before getting stuck. At the bottom the black fishy substance looked like used lubricant oil that is very thick.

Airport officials ran to the scene. Whole place smells fish. The gentleman who came down the escalator couldn't refuse for it, he got some rihaakuru on his pants too. Security officers inspected the substance but could not figure what it was. Eventually they left him go. And that was the first and last time he brought rihaakuru United Kingdom.

Note: This incident is written the way it was told to us by a friend who said it happened to his friend. If you know of a hilarious incident that happened to a Maldivian or took place in the Maldives use the contact page to report to us.