Anyone Has A 100km Long Rope? Going To Space On A Balloon

Space tourism has official begun and billionaires have started their dream trip to suborbital space. Richard Branson went to space on 11 July 2021 and yesterday it was Jeff Bezos along with 3 others on the same trip. Elon Musk has expressed his interests to make this childhood dream a reality and has been working on his own rocket company for years. The list is not over, in fact it just started. Jeff Bezos went to space on his company Blue Origin’s New Shepard rocket which uses liquid hydrogen and liquid oxygen as fuel and claims it is the most environment friendly option currently available. But, scientists argue that it still contribute to damage of ozone layer. Richard Branson’s Virgin Galactic used a rocket engine powered by conventional fuel is more harmful. 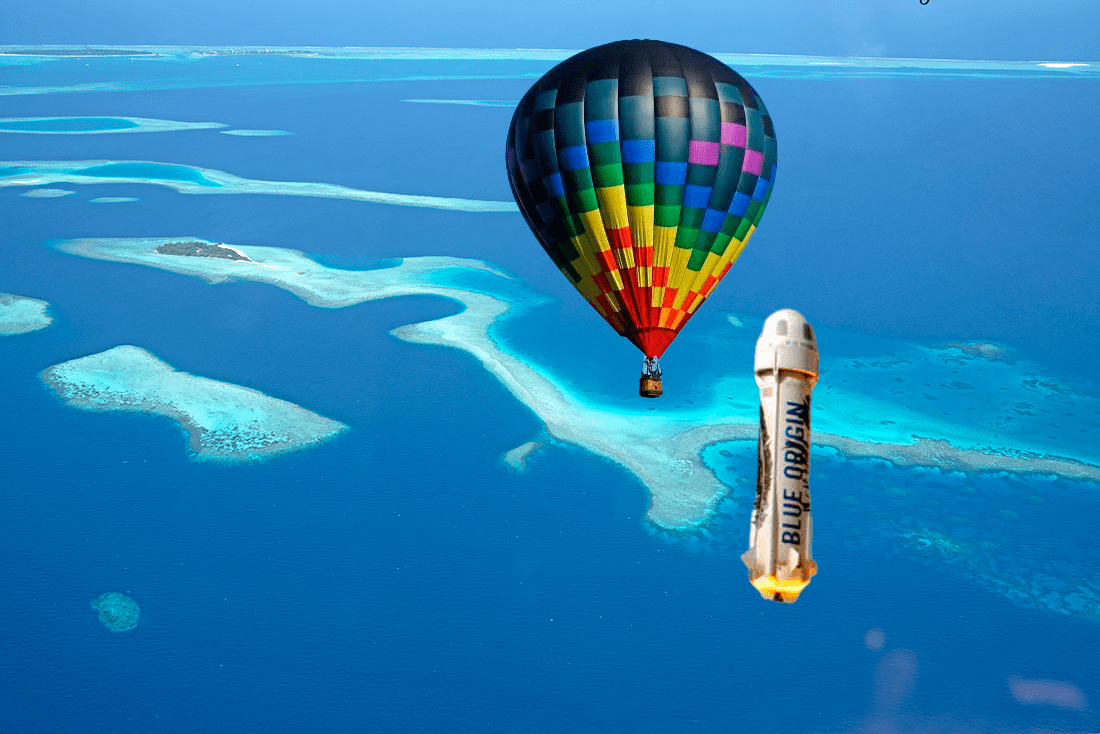 Anything when it comes to business it is difficult to stop. So, to save earth the only remaining option is to minimize its effects. Researchers estimate the space industry would be worth $3 billion per year after a decade. That would be a tremendous damage to environment while the earth already observing drastic changes in weather patterns and frequent storms and floods.

Suborbital space is about 100km from earth’s surface. An eco-friendly way to visit space would be a great relief from the approaching threat, forget about the existing damages caused by greenhouse gases.

A US-based company announced last year that they were planning to reach space on a hot air balloon. But, how would they manage to come back? When it gets out of gravity there has to be some form for propulsion to push it words earth. I am not sure how the US-based company plans this part. But, I have an idea and it may make getting to space easier and cheaper.

Attaching a 100 km long rope to the balloon and sending it off to space means a winch on ground station could pull the balloon back to earth. Problem solved. Such a balloon in space connected to earth opens a whole new concept. It could transfer electricity from earth to the balloon. Massive bunch of helium balloons and electricity-powered engines could ensure the rope is stretched straight out. Then a space elevator can be attached to the rope to move people up and down. Now, its space mass tourism and balloon becomes a space destination. Mass tourism could potentially drop prices drastically and it seems much more environment friendly.

You might have a though about this crazy idea. If you do please share it on your social media with your comments. There’s no harm in thinking inside the box as well as outside, also there may not even be a box. When it comes to space you have to think big.

Maldives residential island in 2030 would look like this
Guest converts bathtub to a fish tank. How he caught fish is unthinkable.
Amilla Fushi Map And Location