It looks like pop-star Courtney Love has found the missing #MH730. Picture from crowd-sourcing tool is not very clear but resembles shape of Boeing 777 plane. Screenshot resembles the plane sitting on the sea floor at a depth of 75 - 100 metres. The white objects flowing does not appear to be oil slick, but baggage and other cargo. Upon closer look it is convincing to believe objects are coming from the plane. Click here to download all tagged objects on Tomnod and view in Google Earth, Google Earth required. Maldivesfinest is reporting from Maldives, read about Maldives Map and Location of Islands and Maldives visa if you are planing a holiday in paradise. 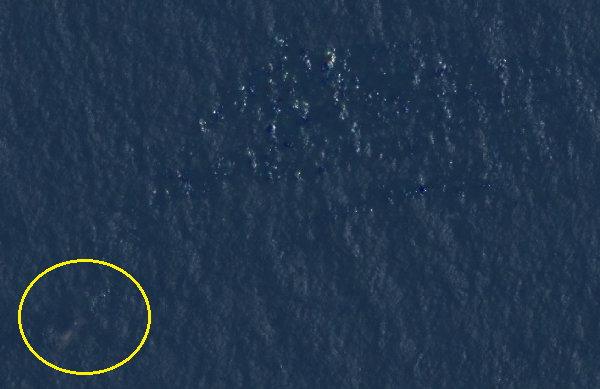 Note: Maldives is made up of over 1200 island and we fly low-flying seaplanes many times a month. When we spot something in the sea we know it. Our lives are sea-based.

We have been following the developments of missing Malaysian Airlines flight MH370 and updating live. Based on a series of clues from authorities, on 2nd day we concluded that plane was hijacked (or sabotaged). We further concluded that plane was not disintegrated in mid air, and passengers were alive after landing. Authorities kept looking for debris while we urged to search land areas for survivors. Read our initial story. 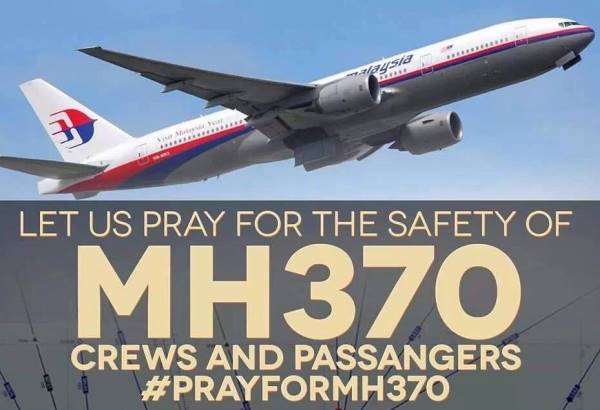 Now the authorities have come to believe that plane kept flying after disappearance from radar and it could have landed somewhere. Still, the authorities have given a higher priority for searching seas. We condemn that and request again to look for survivors in the land areas, instead of debris in the ocean.

Land and hide
Many people question how could you hide a giant Boeing 777 plane? Our answer is very simple. Based on clues, some people have already taken control of the flight, handled the situation in a way to blindfold authorities to believe the plane was crashed somewhere into the deep blue oceans. This does not sound like ordinary people. It could be a master-plan. But, how could you hide the plane? We see many Malaysian Airline's flights landing and take off all the time. You just need to place "your person" in the right place and it could land right on the runway, safely, and move to hanger for maintenance or whatever it could be. Who knew it was the missing MH370? If you have right person in right place, we dont think its impossible and not even even too difficult. "Your person" in the airport would say its MH130, same card could be played to pass though the immigration. It sounds a little complicated only because we dont know every single detail. But, how about the passengers? Before landing the "captain" might have announced that the plane was having an emergency situation and landing in another country. Captain would arrange free hotel for overnight and "your hotel manager" is in charge from that point onwards, he would take care of his "customers". Just like flight, the airport could also have communication jammers activated, so no body would have be able to call or answer any incoming call, through out. From plane to hotel, no problem.

Manpower needs
Based on this theory the terrorists would not no need so much manpower. All the people inside cockpit likely have cooperated. Flight attendants might not be aware of what was going on before landing. So it becomes, 2 pilots, 2 staff on air traffic control tower, 4 staff in the immigration counters (who would replace MH370 with another MH flight code), 1 airport guy to receive them, about 6 drivers and 1 hotel manager. Its 16 members in the group till the passengers reach hotel. To hide the plane terrorists might have needed about 3 key staff, to put the plane in hanger and close it down with false flight number or close down the hanger completely stating its not in operable condition. Now, the flight could sit there for months.