German woman spending holiday in Maldives has attempted to instagram video of a living hermit crab crawling out of her mouth and ended up swallowing it instead. She kept in on her tongue and closed her mouth. She wanted it to crawl out as she open her mouth but it went the other way. 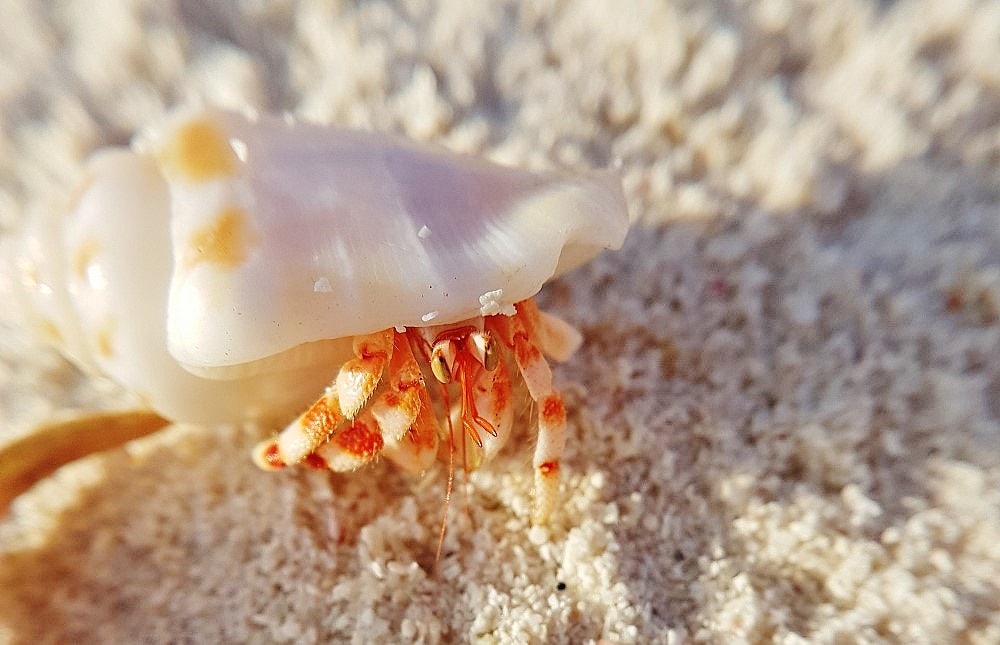 Exactly how it managed to pass through her throat was unclear. She might have been talking while keeping it in her mouth or the crab ran for its life as soon as it saw being put in an unknown place, somehow it managed to slid in. As soon as she swallowed the little creature she started screaming and making weird movements. Husband was sun bathing just next to her when this incident occurred and immediately took her to resort clinic. She was trembling in agony of pain as it was crawling inside her stomach while she was transported.

The guest spent a day in clinic and got recovered next day. What doctors did to her was not clear, they might have either made her vomit or got it in the stools. Doctors relieved her pain, next time she will most likely think twice before applying her creative ideas on living creatures.

Just because it does not bite does not mean you can do whatever you think. Sometimes the unthinkable happens when you don’t respect life. Read dangerous species of fish to learn more about safety while snorkeling in the Maldives.

Hermit crabs are common on beaches of Maldives, especially in desert islands. See map to find out desert islands and learn more about Maldives.