Environment Protection Agency asks not to proceed development of airport at Farukolhu island in Shaviyani atoll Maldives. A closer look at the island on Google Earth reveals a bizarre shape of a dinosaur. It's head goes to the right and tail to the left. 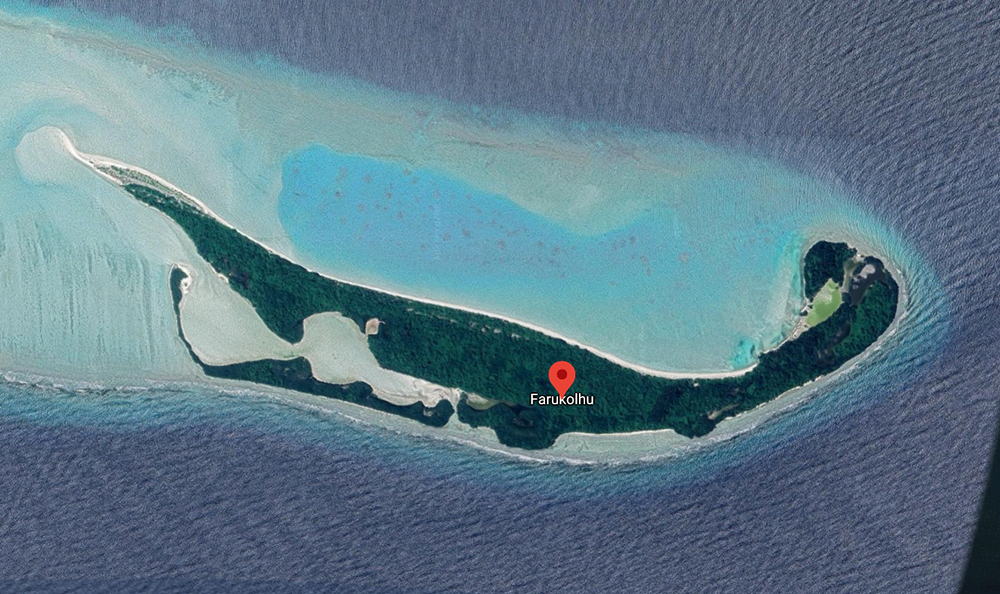 The Director General of EPA has said that they have rejected the Environment Impact Assessment submitted for the project. The EPA further says if the project was allowed there could be irrecoverable losses to the environment. The developer would most likely submit an amended EIA report addressing the concerns rised by the EPA.

Dredging and landscaping of islands can only be carried with permission from the EPA which requires an EIA report to be submitted to the agency. Damaging environment is considered a serious crime in the Maldives.