Jihad Against Plastic – You Just Have To Be Human

Today I have decided to do jihad against plastic, more specifically on single-use plastic. I want to kill the ideology of consuming items that are packed in single-use plastic, whenever there is an alternative I should not go for the plastic. The amount of single-use plastic we trash in the Maldives on daily basis is unimaginable and some of this directly end up in the oceans, harming the marine creatures. 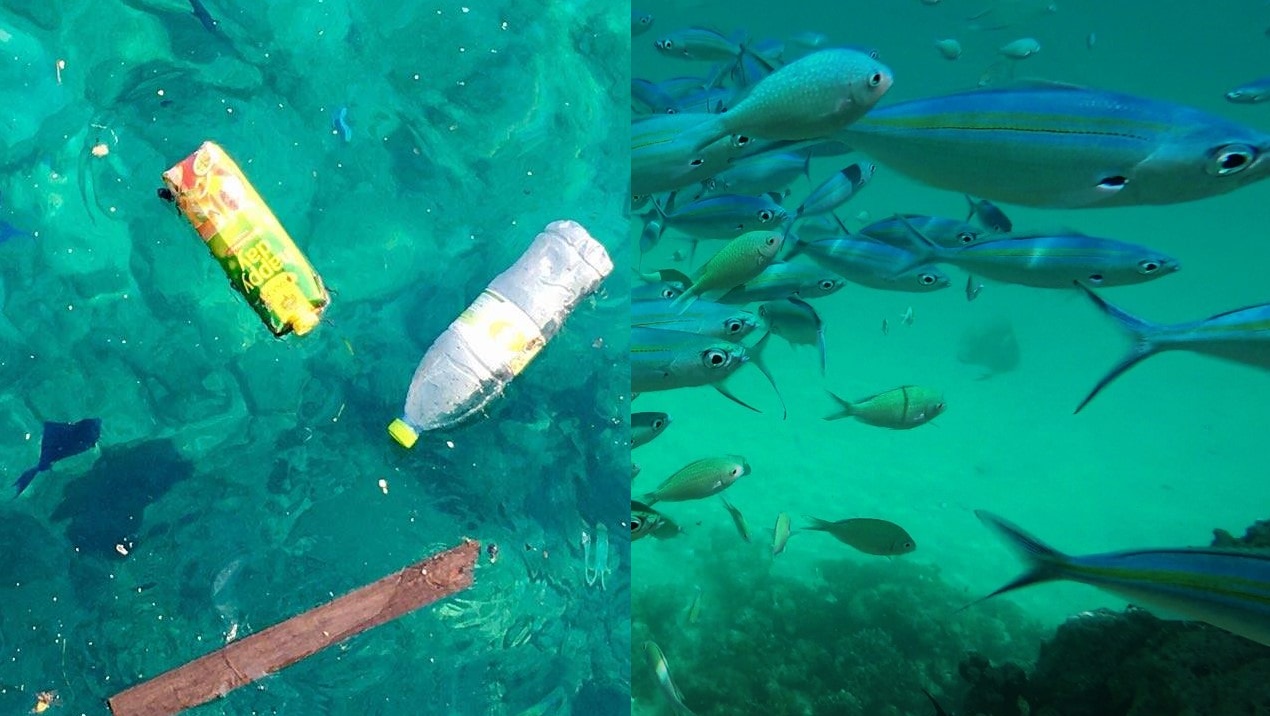 Last week I was on a tour to the islands in Noonu Atoll, I travelled by speedboat ferry. I was lucky to have a smooth ride when I went to the atoll. On the return trip it was opposite, seas were rough and some people fell seasick. The crew came to help with some plastic bags in hand. The stuff was collected and sealed with a knot, it was covered with multiple bags to conceal the contents from view. The crew opened a window at the front and threw it away in to the sea as if it was a regular practice. I could not help but wonder what would be the ultimate fate of these bags. My thoughts were interrupted few minutes later when I realised another man was feeling seasick, few minutes later it was another bunch of bags that flew out the window. At least 10 plastic bags went in to the sea before the boat reached its destination. Everyday single day there may be over hundred boat trips at different locations of the Maldives. If every boat tosses 10 plastic bags it would not take long before the seas get stagnant with floating plastic that would affect the marine lives and ultimately tourists would hate this plastic paradise.

Therefore, I am declaring jihad against single-use plastic. The planet earth does not belong to only human beings, there are animals and countless sea creatures that coexist with us and we must think of our world. We are the only specifies that produce harmful plastic and put other species at risk. They do not deserve to get suffocated from floating plastic bags.

Killing a bad habit is not easy, and plastic is everywhere and on everything. But, in everything there is an beginning and an end. So, to get started, here I am writing this article. I need your help to reach my first objective.

My first objective is to reach a new law that enforces paper seasick bags to be provided in all boats. Paper bags are more expensive that plastic. But, this is a necessary step to prevent plastic bags being thrown out in to the sea. 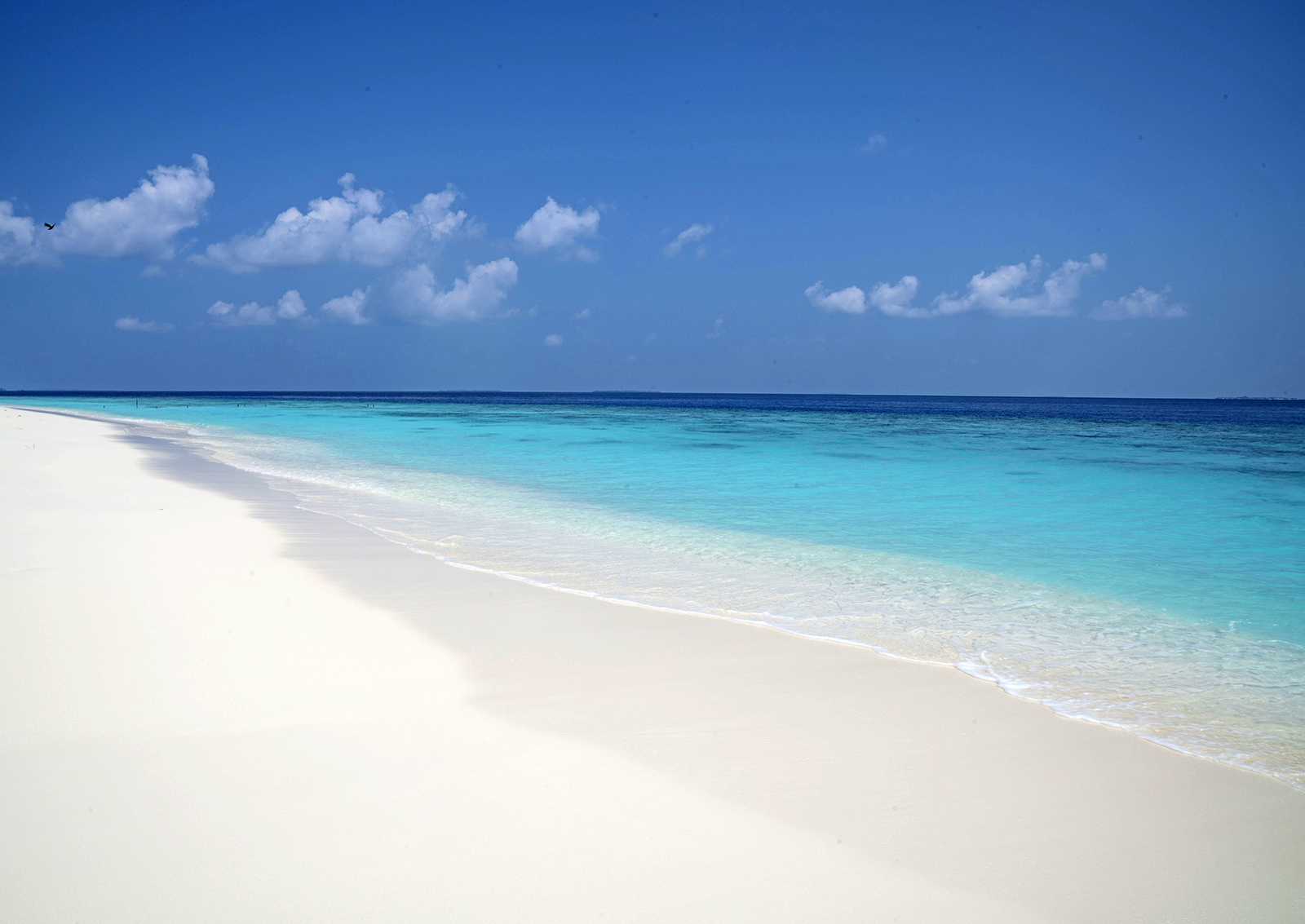 You do not want beach like this to be full of plastic. So, stop throwing them into the sea
The second objective is to reduce number of water bottles being thrown out to sea. Passengers normally leave the empty bottles on the seats and the crew collects them at the end of the trip, I suspect the crew throws them away in to sea to make the job easier, this may not be the case in every boat but a lot of boats seem doing that. Bottles with cap usually float on the surface and at some point get washed ashore at an island where the people collects them to trash.

Wasting anything is against my religion. It has now been about 2 years since I started bringing home the water bottle after visit coffeeshops and restaurants. I usually do not drink the whole bottle of water and I hate wasting the remaining half, so I started bringing it home. It actually saved me some money as I would otherwise buy more water bottles to drink at home. In the capital Male’ there is piped water which the supplier says is good enough to drink but the fact is a lot of people rely on bottled drinking water. In Maldives a lot of people have kidney and stomach problems, so people want to ensure that they drink absolutely safe water. I think that is the reason so many people rely on bottled water, anyone who can afford it is going for it. Drinking bottled water actually costs a lot of money if you consider expenses for a month or an year. More wiser households use filters on the piped water to save some money while ensuring water safety.

Anyway the war is on plastic, single-use plastic is now a big time enemy. While I browse through social media I often see photos of birds and sea creatures being impacted by plastic bags, so I believe the plastic bags do more harm to environment than any other form of plastic products. I can be wrong, but this is my observation in the Maldives.

So, the war is on. You do not need to be a Maldivian or a Muslim to join me, you just have to be a human. Every time you go out to dine remember to bring home the bottle and never waste a single drop of water you pay for. Also, I need more ideas to find out the ways plastic bags end up in the sea. No body would throw them out just to harm the environment, there should be some ugly habits involved. Let's share this on social media with your comments and see what your friends say.