Apple grows in cold environments and tree withstands freezing winter temperatures. Yahya Yoosuf from Himmafushi Island of Maldives obviously didn’t know that. He planted apple seeds behind his store that he was working to open. The seeds grew and in a week's time he could see small plants. That was it. It stopped growth at that point. 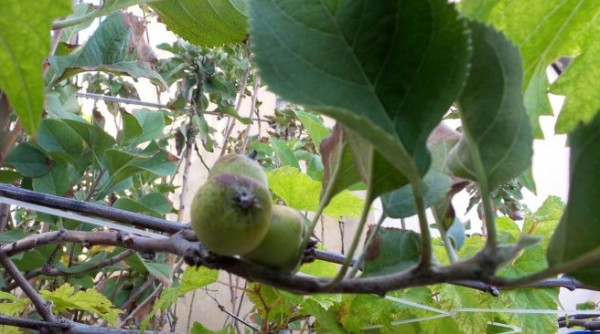 Meantime he worked on his store and opened it for service. All of a sudden the apple plants started growing. He accidentally put the outflow of the store's air-conditioning unit at the plants and that helped it to grow. Yahya quickly extended the outflow pipe right over the plants. It was amazing, the apple trees started to grow.

Four years later, Yahya enjoys his home-grown apple and says it's very sweet and tastes great. Thanks to waste water from his air-conditioning unit.